Just added to your cart

Adding product to your cart

The TaylorMade TP5x Players Pack celebrates the start of the golf season with the special release Players Pack.

The TP5x White is the fastest and longest ball in the current TaylorMade lineup, with a firmer feel and higher launch on iron shots. In addition, it has more greenside spin than the prior generation with a new and softer cast urethane cover. The revolutionary new dimple design has a unique dual-radius shape that decouples dimple volume from depth to optimize airflow around the golf ball during flight, ultimately reducing drag and promoting distance.

Don’t let all the claims out there keep you from real gains. The TP5x is engineered to be better than your current ball. It’s that simple.

The ONLY tour golf ball with 5-layer technology, TP5x is designed to improve the performance of every golfer from the Tour to your weekend fourball. With the complete combination of flight, velocity, feel, and control, it’s time for you to make the switch to a better ball.

There’s a reason TP5x is the Most Complete Tour Ball in Golf, because it’s built like no other. As the only 5-layer Tour ball, it delivers unmatched performance off the tee, from the fairway and around the green. On any shot the golf course throws at you, there’s one ball that’s better for all.

The all-new Tour Flight Dimple Pattern unlocks the next level of aerodynamics while still promoting maximum carry distances and a steep angle of descent for stopping power, especially on long irons. 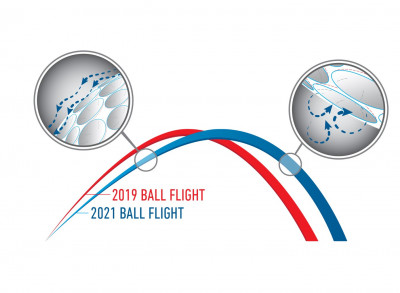 TP5x is our fastest and longest Tour ball, featuring a 5-layer design with four increasingly stiff layers enclosed in cast urethane. It delivers unmatched performance off the tee and on the approach, without sacrificing feel on the scoring shots. 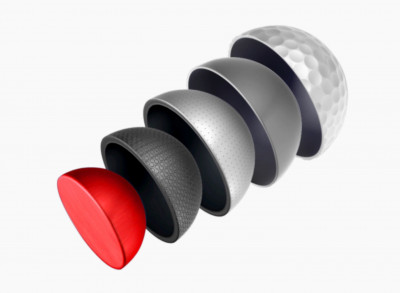 While maintaining the formula that makes TP5x a leader in speed and distance, we’ve added a softer cast urethane cover for increased groove interaction on greenside shots for more spin and improved feel. 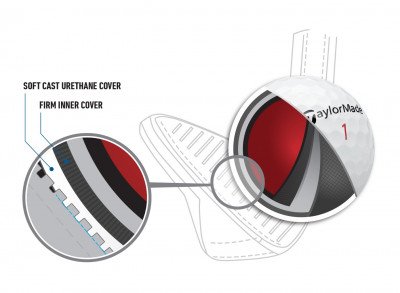 THE PATH TO DISTANCE

The path to distance has evolved with the all-new TP5x. In 2017, a movement began with the optimal spin and launch conditions provided by our 5-layer construction. Then we increased ball speed with the HFM Speed Layer and now we’ve added advanced aerodynamics with the new Tour Flight Dimple Pattern. 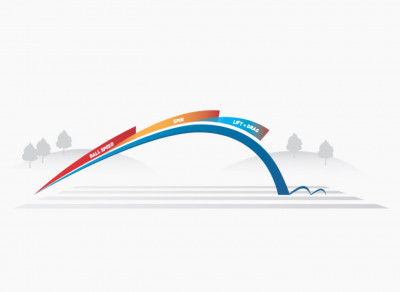 Our most aerodynamic dimple pattern ever is now producing explosive carry distances. This unique design features a 322-dimple pattern engineered to deliver improved aerodynamics. It features a shallow overall dimple to reduce drag during ascent, with steep walls to trap air during descent in order to maintain lift and keep the ball airborne for longer.

The Speed-Layer System is comprised of four increasingly stiff layers to produce more ball speed. The result is more carry distance off the tee, more control in the wind, and more spin around the greens.